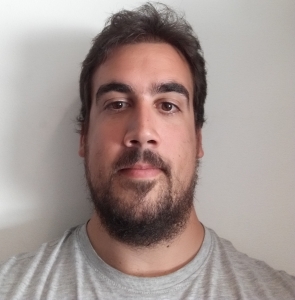 Atomic force microscopes (AFMs) had a critical role in the exploration of the nanoscale over the last decades. In particular, they are fundamental to the latest interdisciplinary effort to study the physics of biological systems at the molecular level. Besides their amazing resolving power, these instruments now serve as true molecular toolboxes, capable of pulling, pushing and manipulating matter as needed. However, these capabilities are still limited when addressing very soft systems, such as mammalian cells, and a quantitative characterization of the forces present in biosystems is still lacking. A solution to these problems may come from a novel AFM-derived technique, called Force Feedback Microscopy (FFM), on which my PhD is centered.

In this talk I will address some of the work performed over the last years, during my PhD. I will cover the technological development of the new instrument and present several examples of research undergone at the AFMRTLab, of BioPhysNano/BioISI. This research covers two main topics: cell mechanics, in the context of gene expression, stress response and disease progression; and molecular interactions and their role in Alzheimer’s disease. Here, FFM seems to offer new avenues for probing these systems and may shed light on the physics that governs life at its fundamental scale. 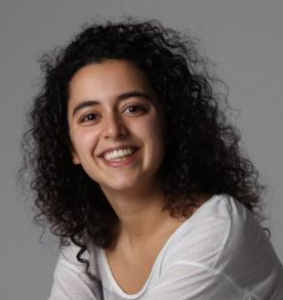 Protein aggregation and activation of inflammatory pathways are common features of age-related neurodegenerative disorders. Conversion of misfolded normally soluble proteins into toxic amyloid aggregates is accompanied by upregulation of pro- inflammatory cytokines such as S100 proteins. S100s are small (10-12kDa) dimeric calcium-binding proteins with a dynamic cellular range of intra and extra cellular concentrations (nM to μM) and oligomeric states (2-8mer and higher) which act via regulatory protein:protein interactions, intracellular Ca2+ sensing and signalling processes in inflammation, proliferation and differentiation, cancer and neurodegeneration.
S100 proteins are consistently deregulated in pathophysiological conditions, including Alzheimer’s Disease (AD). In particular, S100A9 is highly abundant in AD brains1 and has been shown to be a relevant AD biomarker2, being upregulated in Tg2576 AD in connection with memory impairment3. S100A9 interacts with amyloid-beta playing role in its aggregation process4.
We gathered evidence that S100A9 forms stable string-like polymeric structures in vitro under physiological conditions. We hypothesize that these polymers, composed by assembly units which can reversibly dissociate, may be a form of protein stabilisation to maximize its extracellular lifetime in the synaptic environment.