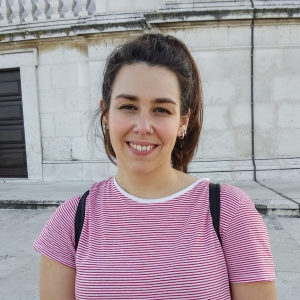 Despite decades of research, little is known about the pathomechanisms underlying Motor Neuron Degenerative diseases (MND), limiting the therapeutic and pre-symptomatic diagnosis options. Despite clear phenotypic and genotypic differences, there is an abundance of evidence supporting the existence of common molecular pathways operating in Spinal Muscular Atrophy (SMA) and Amyotrophic Lateral Sclerosis (ALS). Among these, the preponderance of mutations in genes linked to RNA metabolism pathways suggests it is a critical hub in Motor Neuron dysfunction, raising the intriguing question of how ubiquitously expressed genes involved in housekeeping functions can trigger tissue specific alterations.

The FlySMALS consortium aimed to identify common RNA-dependent mechanisms underlying ALS and SMA by the combination of transcriptomic and proteomic studies in fly models. Throughout the project we produced three ALS and SMA genetic fly models presenting knock-down (KD) of the disease gene orthologues Tbph, Caz (ALS) and Smn (SMA) to identify common dependent- transcripts (DE). We further generated models that allowed us to map the direct interactions of these proteins with neuronal mRNA molecules, providing a detailed view of their regulatory networks and insights into the mechanisms underlying observed gene expression changes.

Although hundreds of transcripts were commonly altered by the KDs, providing evidence for the common regulation of molecular pathways, none were found to be physically bound to the three proteins, suggesting that the underlying mechanisms are set well upstream of the observed phenotypic convergence, requiring an integrative approach to distinguish causal events from the common downstream alterations. For this purpose, we developed a computational strategy to integrate our experimental datasets over the fly protein-protein interactome. By exploiting network theory approaches we identified the most critical proteins connecting Smn, Tbph and Caz with commonly altered transcripts, confining our search space.

This approach led to the selection of ~100 candidate proteins that specifically link Smn, Tbph and Caz to their commonly induced molecular dysfunctions. This set contains a large number of ubiquitously expressed genes enriched in neuron-specific functions. Our results suggest a novel mechanism for MND that explains their phenotypic convergence, which in turn may contribute to the identification of potential drug targets or biomarkers for asymptomatic states of the disease. 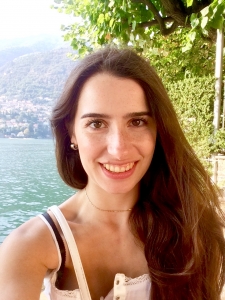 The apoplast is the extracellular compartment formed by the space between plasma membrane and cell wall, as well as the extracellular matrix. It is involved in several functions during normal growth and is modulated under biotic and abiotic stress conditions, including plant-pathogen interaction, air pollutants, drought, salinity and temperature extremes. This extracellular compartment has gained attention due to the advances in the –omics approaches, mainly in proteomics. In the context of grapevine-pathogen interactions, elucidating the apoplast composition is crucial to understand the molecular mechanisms behind pathogen recognition and the activation of first counterattack measures. Recent works from our group focused on the development of a methodology for grapevine leaf apoplastic fluid extraction that allows a combined analysis of several molecular classes, namely lipids. Over 80 different lipid and lipid-based molecules were identified and, as pevious results from our group already indicated that lipids play an important role in grapevine defense against Plasmopara viticola, it is highly important to analyze the apoplast lipidome during P. viticola inoculation. Apoplast lipidome characterization remains a black box to this day. Our results open new insights for grapevine apoplast lipidome characterization during the first moments of pathogen interaction and further work is already being developed to uncover the lipids role in pathogen recognition.