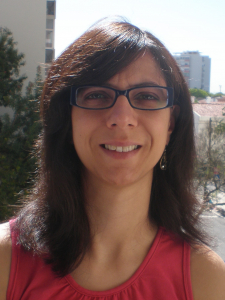 Inborn Errors of Metabolism comprise a large class of inherited genetic diseases which affect genes coding for enzymes involved in different metabolic pathways. Although individually rare, they are collectively quite numerous and affect millions of people worldwide. The vast majority arise from single gene mutations that lead to impaired cellular metabolism, often as a consequence of defective protein folding.
Here we report our latest research on two Inborn Errors of Metabolism, Glutaric Aciduria-type I (GA-I) [1,2] and Multiple Acyl-CoA Dehydrogenase Deficiency (MADD) [3,4]. GA-I is a neurometabolic disorder of lysine, hydroxylysine, and tryptophan metabolism caused by deficiency of glutaryl-CoA dehydrogenase (GCDH). MADD results from deficiencies in the alpha or beta subunit of electron transfer flavoprotein (ETF), or in the electron transfer flavoprotein:ubiquinone oxidoreductase (ETF:QO), and is associated to impaired mitochondria beta oxidation.
To contribute to a better molecular understanding of these disorders we have investigated disease-related variants combining biochemical, biophysical and structural methods to establish the effects of the mutations on protein folding, stability and function. Furthermore, we study the effect of FAD as a molecular chaperone in connection with the beneficial effects observed in patients during intake of vitamin B2.

bioisicom@fc.ul.pt2020-12-10T15:53:08+00:00December 9th, 2020|
We use cookies on our website to give you the most relevant experience by remembering your preferences and repeat visits. By clicking “Accept All”, you consent to the use of ALL the cookies. However, you may visit "Cookie Settings" to provide a controlled consent.
Cookie SettingsAccept All
Manage consent