Diabetes is a serious disease that occurs when the pancreas does not produce insulin or when the target cells of this hormone cannot use the existing insulin in circulation. This silent pandemic, which affects about 500 million adults worldwide, has a strong impact on the hope and quality of life of these patients, and is recognized by the World Health Organization (WHO) as one of the non-communicable diseases towards which it is urgent to act.

The most common forms of diabetes, type 1 mellitus (T1D) and type 2 (T2D), are multifactorial diseases associated with environmental and genetic factors. However, there are dominant forms of monogenic diabetes that constitute a genetic and clinically heterogeneous group, including at least 14 different forms of Mature Onset Diabetes of the Young – MODY. This disease – estimated to affect between 2% and 5% of all diabetic individuals – results from mutations in different genes and have a wide spectrum of clinical manifestations, from mild ones to very severe phenotypes. The relative prevalence of the different MODY is also very different, with MODY2, caused by changes in the GCK gene, and MODY3, caused by changes in the HNF1A gene, each one of them accounting for between 30 and 70% of all cases of MODY, depending on the sampled population. Adding MODY1 and MODY5 to them, caused by changes in the HNF4A and HNF1B genes respectively, the genes whose changes account for cases of this disease sum up to more than 98%.

However, as there is no biomarker or clinical sign that allows the differential diagnosis of MODY from other diabetes, and because the phenotype of these patients is very heterogeneous, the first condition has characteristics that may lead it to be confused with T1D and T2D and is sometimes misdiagnosed and inadequately managed. Also, the relatives of these patients are not aware of the increased risk of developing this pathology. In turn, they become deprived of clinical and genetic counseling. Considering all this, genetic tests are the only way to diagnose this pathology.

The main goal of MODY research group is to identify Portuguese patients with this condition and the genetic variants affecting them. Since the establishment of the project in 2011, its researchers have analyzed more than a hundred patients with clinical suspicion of MODY and about hundred more relatives, in a total of almost two hundred participants. Among the studied cases, a pathogenic or potentially pathogenic variant was identified in 28% of the index patients and their relatives. Although a pathogenic or potentially pathogenic variant has been identified in the four genes studied, most of these variants were identified in the GCK gene, the one with the highest number of changes in southern European populations, followed by the HNF1A gene. Although there is a high number of patients with diabetes for whom it was not possible to identify a genetic etiology, these values are in accordance with those reported by other groups and are related to the difficulty in the differential clinical diagnosis of MODY.

In the future, we are planning to implement techniques that allow to study a greater number of genes and contribute to identify a greater number of people suffering from MODY, therefore making the concept of personalized medicine an accessible reality for these patients in Portugal.

These are the faces behind MODY group research at BioISI-INSA. Get to know them and their research! 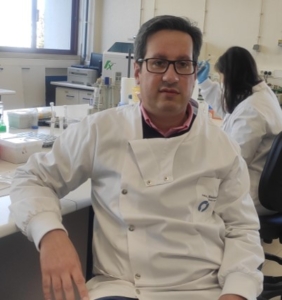 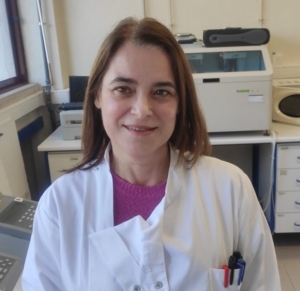 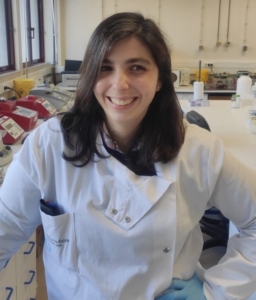 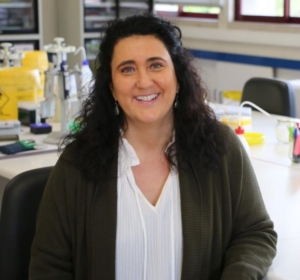 Mafalda Bourbon, Responsible for the Cardiovascular Diseases Research Group and the Research Unit at INSA’s Department of Health Promotion and Non-communicable Diseases Prevention, on which MODY is included [photo credits: Mafalda Bourbon]

Find out more about the World Diabetes Day here.