Carlos M. Farinha, PI from Cystic Fibrosis Research Group, Functional Genomics & Proteostasis (FunGP) Group, and one of BioISI Vice-Directors, was elected Member of the European Cystic Fibrosis Society’s (ECFS) Board. Carlos is now one of the 8 Board’s elements, and was chosen by the ECFS members to occupy this position for the next 3-year mandate.

ECFS brings together over 1000 professionals in Cystic Fibrosis (CF) – both scientific researchers and clinicians – and its main goal is to have a better insight on the molecular mechanisms of cystic fibrosis thus improving the quality of life for these patients. In a scientific society like ECFS, with a majority of members being clinicians, Carlos Farinha expects he can take scientific research in a more effective way into the decision-making level by bringing “(…) fundamental and translational research closer to the “heart” of the society and to its decision center and with this to further evidence the very unique environment in the field – where scientists in academia interact fruitfully with clinicians and other health professionals and also with individuals with CF and their families and companies.”

Carlos feels grateful as he faces this election as a recognition of his work: “I consider this a relevant achievement as this means that my contributions to the field are well accepted and considered by the peers – and this includes not only the activities within the society that I mentioned above, but also my scientific contributions to the field”, he says. The researcher also reinforces that this process was challenging because “most of the members are clinicians and thus it is not that easy for someone from academia to make it to the Board”.

In fact, in the past years, Carlos has been deeply involved in ECFS’ initiatives, like conferences chairing, webinar cycles organization, post-doctoral fellowships evaluation and the participation in the editorial board of the Journal of Cystic Fibrosis. When it comes to scientific contributes, the researcher shared his findings on the elucidation of the disease mechanisms and the characterization of rare mutations and their response to drugs (in personalized medicine driven approaches) in the last 25 years. Now, by being one of the Board’s Members, the researcher keeps motivated and hopes “(…) to bring the perspective of the fundamental/translational researcher but also the perspective of a small country from Southern Europe – and with this broadening the geographical distribution of the Board”, as he himself refers.

Get to know the FunGP group here. 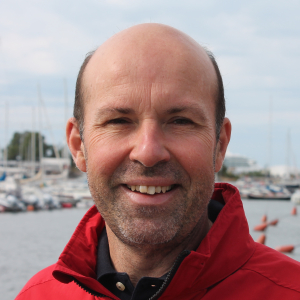 bioisicom@fc.ul.pt2022-06-28T08:54:04+00:00
We use cookies on our website to give you the most relevant experience by remembering your preferences and repeat visits. By clicking “Accept All”, you consent to the use of ALL the cookies. However, you may visit "Cookie Settings" to provide a controlled consent.
Cookie SettingsAccept All
Manage consent