Get to know Jorge – the scientist and the man – a little better. The researcher is a plant physiologist who has been working to get a deeper understanding on photosynthesis and the effect of abiotic stress in cultivars’ development. For him, working in Science is like telling a tale about a particular aspect of Nature. He is also the man who relates himself with scientists with a “philosophical twist”, like Charles Darwin, who, he says, leave their mark beyond the boundaries of Science. Find out more about Jorge Marques da Silva in the Researcher Profile below.

My background is in plant physiology, and I have always worked on the effects of abiotic stress, particularly water stress, on photosynthesis, using different types of photosynthetic systems.

What research projects are you currently working on?

What do you consider your greatest achievement in Science?

I would stick to the big picture, I don’t think it’s possible to go into details: I would explain that we need to know more about the plants we feed on, so that they can withstand a lot of heat and lack of water.

What is your biggest fear in Science?

That Science doesn´t find its correct place in the map of human knowledge: that it is displaced by pseudoscience and obscurantism in what concerns making statements about the physical realm of Nature; or, on the contrary, that it tries to substitute ethics and politics in subjects that are value-laden.

What does passionate you the most in performing scientific research?

At the end, it´s all about telling stories. Writing a paper is telling a tale about a particular aspect of Nature. Your characters are graphs, tables and images, and your drama is “materials and methods”, but at the end is still a story. And I love literature, so writing is the part of the scientific enterprise I enjoy more.

Which living scientist do you most admire and which science figure do you most identify with?

Even though I´m not an evolutionary biologist, I have a fascination for evolutionary theories. So, I admire Richard Dawkins for all the impetus, despite the controversies, that he has brought to contemporary evolutionary thought. It would be impertinent to say that I identify myself with Darwin, but he is one of the figures in the history of science that I most admire. My preferences go for scientists with a philosophical twist, whose work goes beyond the boundaries of science and leaves its mark on other areas of thought.

Tell us one odd/peculiar thing about yourself.

Although I am a convinced atheist, I am the great-great-nephew of a Cardinal of the Catholic Church (which suggests that faith is a poorly heritable trait…).

What does your aggregation means to you?

It means I have achieved an institutional goal, important for my Department (Plant Biology), for BioISI, and for the Faculty of Science because it rises the formal qualification of its faculty and research staff.

What are you planning to do next in professional terms? Can you share some of your future scientific projects?

I want to continue to develop high-throughput plant phenotyping technologies, and agriculture 4.0 technologies more generally, not only in their scientific and technological aspects, but also in their science policy aspects. I wish to continue to work so that in Portugal networks of institutions engaged in these technologies are established, allowing us to fully participate in European networks, e.g., in EMPHASIS. I also plan to revive the RedeAgro at the University of Lisbon, making it an important player in the development of these technologies, and other cutting-edge agronomic knowledge areas, at the University of Lisbon.

Get to know the Plant Functional Genomics Group here. 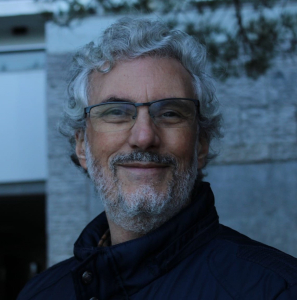 bioisicom@fc.ul.pt2022-08-05T15:17:36+00:00
We use cookies on our website to give you the most relevant experience by remembering your preferences and repeat visits. By clicking “Accept All”, you consent to the use of ALL the cookies. However, you may visit "Cookie Settings" to provide a controlled consent.
Cookie SettingsAccept All
Manage consent