Where Molecular Biology helped with biomolecules, Systems Biology enables us to deal with networks. Both disciplines were catapulted by the development of new techniques, such as cloning and whole genome sequencing. Together they have led to the realization that biological function as well as malfunction emerges from synergies in the molecular networks of cells and tissues. Therapies should better mind these synergies.
In these approaches there was no accommodation yet of the phenomenon that tissues are themselves ‘societies’ of cells. Referring to novel technologies such as single cell mRNA sequencing and fluorescence in situ hybridization, I shall single-cell resolved systems biology. Transcription bursting, polysomal translation, and other batch wise processes can generate substantial diversity within a clonal cell population. Such ‘noise’ may not only provide a bet-hedging mechanism for drug resistance of tumors, but also ‘pace makers’ for developmental biology and immunology.
Cell-cell variability may also be important for diseases such as cystic fibrosis: Within the same tissue some cells might be more affected than others, just like within the human population, some individuals are more affected by the same mutation, than others For the inquisitive it is now possible, through the Infrastructure for Systems Biology Europe (ISBE), to engage with systems biology. For cystic fibrosis we shall show how high quality input from an expert group in cystic fibrosis, had produced a model that by leads to counterintuitive discoveries. These include the elimination of apparently plausible drug targets, and the directing of the research to more plausible ones. 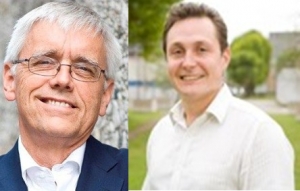