Nuno Galamba, principal investigator from the Chemistry for Biological Systems Group,  published a new scientific paper in the journal Chemical Neuroscience from American Chemical Society. This study reveals that urea, a solvent commonly used in protein unfolding/refolding, has an important role when it comes to desegregate certain proteins associated with neurodegenerative diseases such as Alzheimer’s and Parkinson’s disease.

Discover how can urea have a crucial role in protein aggregation inhibition and thus contribute to improve drug design for those diseases, by reading the digest below.

While the action mechanism of urea, a protein denaturant routinely used in unfolding/refolding and aggregation experiments is known to be associated with the weakening of hydrophobic interactions, we found that this depends on hydrophilic amino acids to anchor enough urea in amyloidogenic domains. Our results indicate this is key to preclude the so-called hydrophobic collapse associated with the dewetting and subsequent aggregation of proteins.

If you had to explain the main finding to a 5-year-old child, how would you do it?

There are some diseases that occur because some small components that make up our body and brain get together for too long and stop doing what they should. That can affect our memory or our movement, and we start forgetting about things or stop being able to hold objects in our hands. Thus, we are interested in finding a treatment that separates those small components and makes them get back to work instead of just sitting there and hurting those parts of our brain that we need not to forget about things and to control the movement of our hands.

Parkinson’s disease is the second most prevalent neurodegenerative disease, next to Alzhemier’s disease, and the most common movement disorder. These diseases are associated with the aggregation of specific proteins, which in turn are instigated by hydrophobic interactions. Understanding the role of hydrophobic interactions and how these can be overwhelmed by co-solvents and small molecules in general can improve drug design.

Understanding how the aggregation inhibition mechanism of promising aggregation inhibitors reported in the literature compares with the mechanism found for urea. From this, attempt to improve the rational design of therapeutic relevant drugs and/or unravel pivotal protein binding targets.

Get to know the Chemistry for Biological Systems Group here. 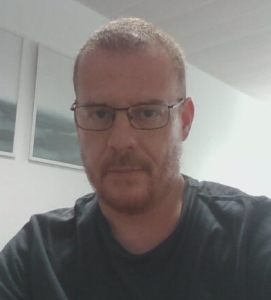 bioisicom@fc.ul.pt2022-07-22T12:00:19+00:00
We use cookies on our website to give you the most relevant experience by remembering your preferences and repeat visits. By clicking “Accept All”, you consent to the use of ALL the cookies. However, you may visit "Cookie Settings" to provide a controlled consent.
Cookie SettingsAccept All
Manage consent