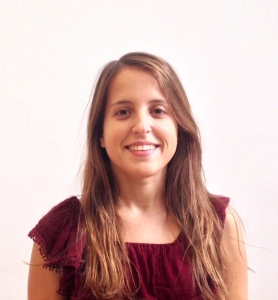 A promising therapeutic strategy for Cystic Fibrosis (CF) explores the modulation of alternative (non-CFTR) apical membrane Cl– channels. Due to its role as a Ca2+-activated Cl– channel, its close relationship with CFTR, and its expression in the airways, TMEM16A/Anoctamin 1 (ANO1) has been suggested as a possible drug target for CF.

Our work has been focused on identifying regulators of ANO1 as potential drug targets for novel “mutation-agnostic” therapies for CF. To achieve this goal, we performed a high-throughput siRNA screen for ANO1 traffic using a library of siRNAs targeting 691 genes previously identified as CFTR regulators or CFTR-interacting proteins (Amaral lab, unpublished data). This screen revealed 179 genes regulating ANO1 traffic to the plasma membrane, that are involved in pathways including regulation of transcription, G-protein coupled receptor (GPCR) signaling, phosphorylation, inflammatory response, and proliferation. A secondary screen using the halide-sensitive YFP assay identified 30 hits that modulate ANO1 function in HEK-ANO1-HS-YFP cells. Out of the 30 hits, 8 were further selected for functional validation through whole-cell patch-clamp, based on their biological functions. Two GPCRs were discovered as the strongest ANO1 regulators, and their mechanism of action is currently being explored.

These results will possibly reveal alternative drug targets to compensate for the absence of CFTR function from which all people with CF could benefit.

The early phase of the β2m aggregation mechanism: an integrative computational analysis based on the D76N mutant and ΔN6 variant

Protein beta-2-microglobulin (β2m) is the causative agent of dialysis related amyloidosis (DRA), which affects patients undergoing long-term (>10 years) hemodialysis. Furthermore, the D76N mutant is associated with a hereditary systemic amyloidosis affecting visceral organs. We carried out a comparative analysis of the early phase of aggregation of two natural variants of β2m, the D76N mutant and ΔN6 variant, to get insights into the early events triggering the β2m aggregation mechanism.

Folding simulations predict the existence of two intermediates in the D76N folding transition, one termed I1 featuring an unstructured and detached C-terminus and another termed I2, with both termini unstructured and detached. The intermediate I1 is topologically similar to the intermediate populated by ΔN6 in which the unstructured terminus is the N-terminus [1]. Monte Carlo docking simulations indicate an essential role of the unstructured termini, as well as of the BC-, DE- and EF-loops in β2m aggregation [2]. The termini tend to be more relevant in dimerization at acidic conditions while the BC-, DE- and EF-loops are the dominant regions at physiological pH. Moreover, results from simulations also corroborate experimental evidence according to which residues Tyr10 (A-strand), Phe30 and His31 (BC-loop), Trp60 and Phe62 (DE-loop) and Arg97 (C-terminus) play an important role in the aggregation mechanism of β2m [2]. They further predict the occurrence of novel hot-spot residues, such as Lys-75 (EF-loop) and Trp-95 (C-terminus), i.e. new testable theoretical predictions to guide the research on β2-microglobulin amyloidogenesis.